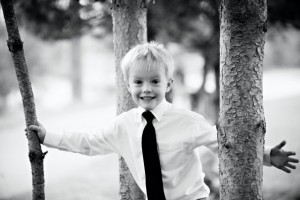 Simon came home from school hacking the other afternoon, it was a really dry cough that got progressively worse into the evening and night. His eyes started to look punky too - just like he wasn't feeling good at all. He coughed ALL night long. I kept checking on him and had his humidifier going with some Eucalyptus Radiata in the medicine cup to disperse throughout the room. I put Frankincense in his diffuser and RC on his chest and back (where his lungs are), and Thieves on his feet. When he got up in the morning he wasn't doing any better...I was worried he might even be worse. He hadn't gotten a fever of any sort yet, so I was kind of hoping that might come to help burn whatever it was out of his system. He stayed home from school and we just relaxed all day. He told me he thought I'd better put some more oils on him if he was going to get better. Thanks Simon.

I didn't use too many oils the next day but pumped him with Vitamin C and gave him a concoction my Dad used to make me when I was little and afflicted with the same bug and my Granny used to make it for him when he was little as well.

He willingly drank the first cup and then resisted the second time it came around. He was just feeling lousy I think. He was happy to eat his chocolate cake though. Who wouldn't be though, right? I also made some chicken noodle soup from scratch with a whole lot of garlic in it! He ate some of that, but I truly believe even the aroma of chicken soup is healing. The little bit he ate was chock full of carrots, onions, celery and goodness so I'm sure it helped a bit.

Later in the afternoon we decided a hot bath might be a good thing, so we started the bath, he got in and was out within a minute standing at the toilet peeing and suddenly yelled out in pain. He doubled over and wasn't even quite done peeing yet so it must have really hurt! He was complaining of a horrible pain in his side. I had Shane check on the internet to see what side your appendix was on - all the while thinking the last thing we need is to put this poor little guy under who can't stop coughing that will be BAD! Luckily after a bit Simon had calmed down a bit. We did a little bit of pressure testing and I had him lay down in bed. He told me that when I rubbed his side it felt better, so I massaged some Di-Gize (in case it was gas) and Lavender in and it made him calm right down. I put some Thieves on his feet and RC on his back and chest again since I hadn't been using oils all day. I also put some RC in his diffuser and turned his humidifier back on. We scrapped the bath and he took about an hour long nap.

On a completely unrelated note I put some Lavender on his finger because he has a couple of warts on his finger right now, and earlier in the day Shane put some Oregano and Lemon on those and covered them with a band-aid. Well apparently the band-aid got wet in the brief bath and was stinging a bit. Everything was happening at once for this poor little guy. So we put Lavender on it to take the sting away which worked immediately. We'll worry about the warts later right? Sheesh. Enough is enough.

So I heard Simon cough after about an hour so I went and checked on him and he looked right at me and just said "Much Better" and fell right back to sleep. I checked his temp and he finally had a little bit of a fever only about 100 degrees...burn that sick out! So I let him sleep a little longer and made him some food and went and woke him up to eat, and he ate like a champ.
He's a lot better today and really wanted to go to school but I told him we should probably hold off just one more day. He wasn't happy about that and he's been fighting with his brother all day, which always tells me he probably could have gone to school, but I'd rather be safe than sorry.

I love that this Kindergarten bug, that could have lasted a week, only lasted a day, I LOVE our oils!